WILY! IS A FIRST GRADE APPLICATION TO CONTROL LIGHTS

Convinced by the potential of mobile solutions, Pangolab is a pioneer in developing applications for light control. After 4 years of research and development and intensive exchanges with lighting  managers, lighting designers, head operators, Pangolab is proud to offer the first mobile, modular and affordable professional control for the lighting market. Wily! will be your favorite companion both in live performances and television or architectural applications. 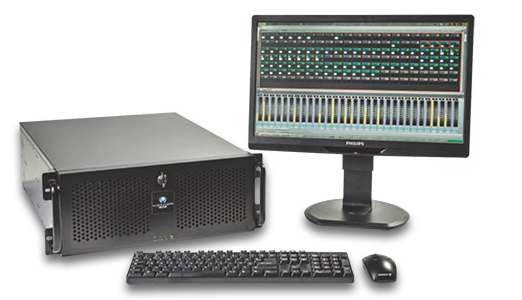 Wily! interfaces with a computing unit that runs the Prego or Hathor software. It is a computer that can be found in several forms: independent tower, laptop or included in a hardware console (ADB Freedom, Liberty, Ocean, E.GO Control Tenrec, Maki Amina). 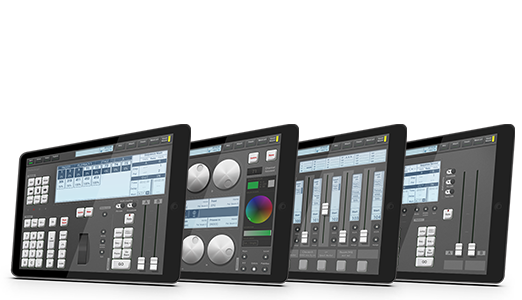 Once connected to the computing unit, Wily! behaves like the front panel of a classic lighting console. Haven’t you ever dreamed to share your console to work with several users easily, move without taking screens, cables and computer? Imagine a touch control surface made up of several iPads, joined as an entire interface to provide you all the access you dreamed about. Now spread one iPad on the fly to allow another operator to work with you on the same show, from another point of view, without hindering you. That is the Wily! concept.

Wily! is not a remote…

Wily! synthesizes the best of hardware and software in an elegant and practical virtual console. Mobile, scalable, and modular, Wily! gives you access to a level of control over Prego and Hathor lighting software never achieved before. Your Wily! console can be used alone or as an extension of a conventional console. Wily! has a console mode with which each added tablet behaves like an additional module. Need to work with others? Each tablet can be switched to client mode and then has its own channel selection. 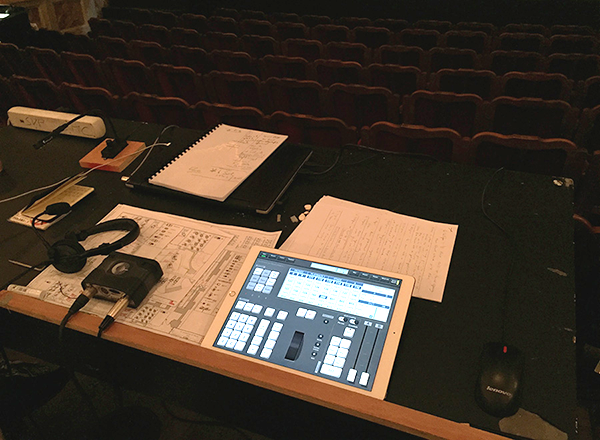 Developping close to the end user…

Wily! is the result of several years of exchanges with lighting designers, light managers, assistants and technicians. The application has been developed by light managers for light managers in the concern to bring answers to the problems of the lighting creation in the theater, the Opera or the AV domains. 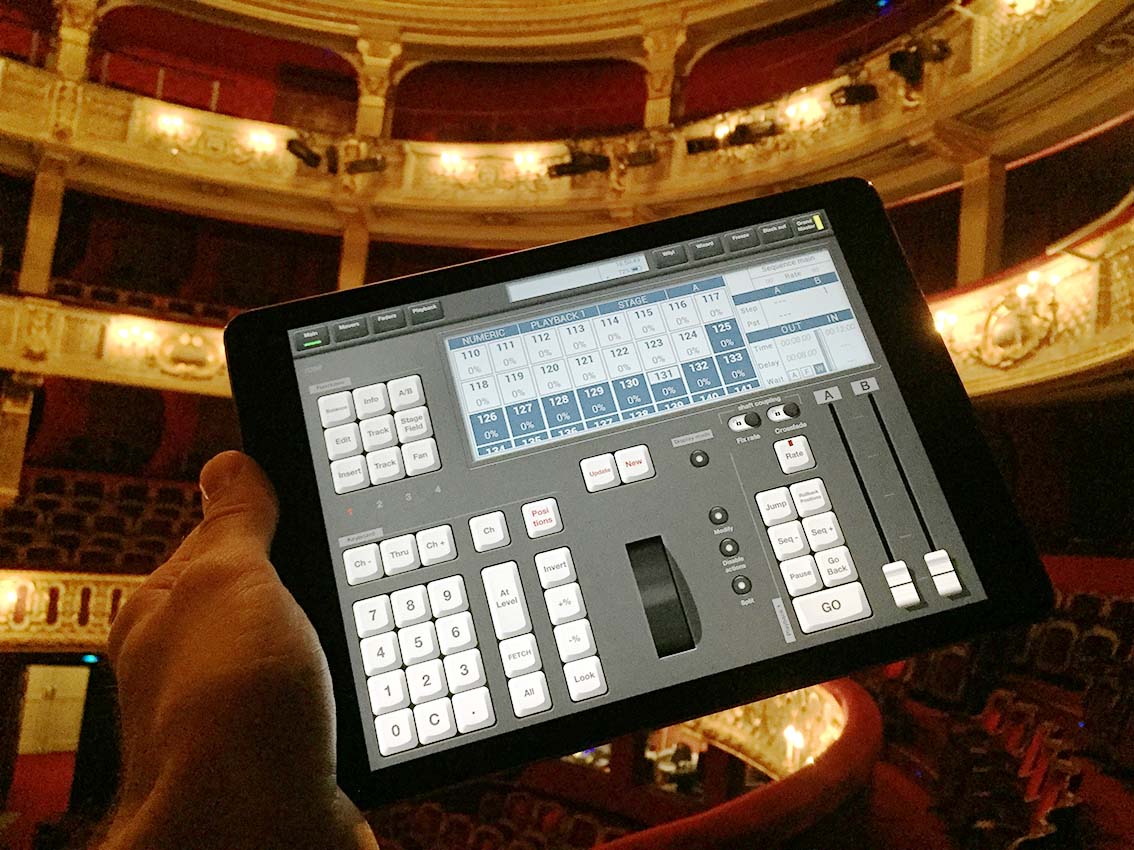 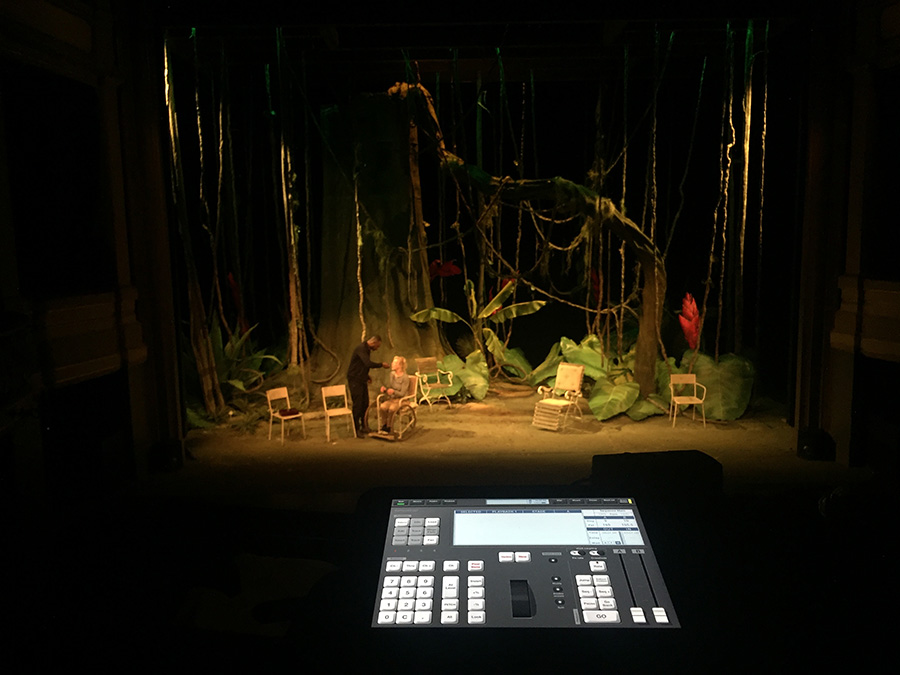 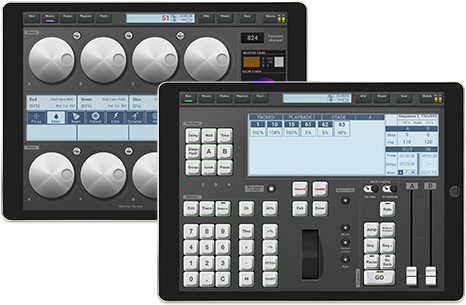 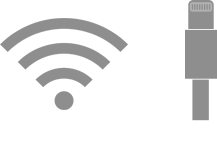 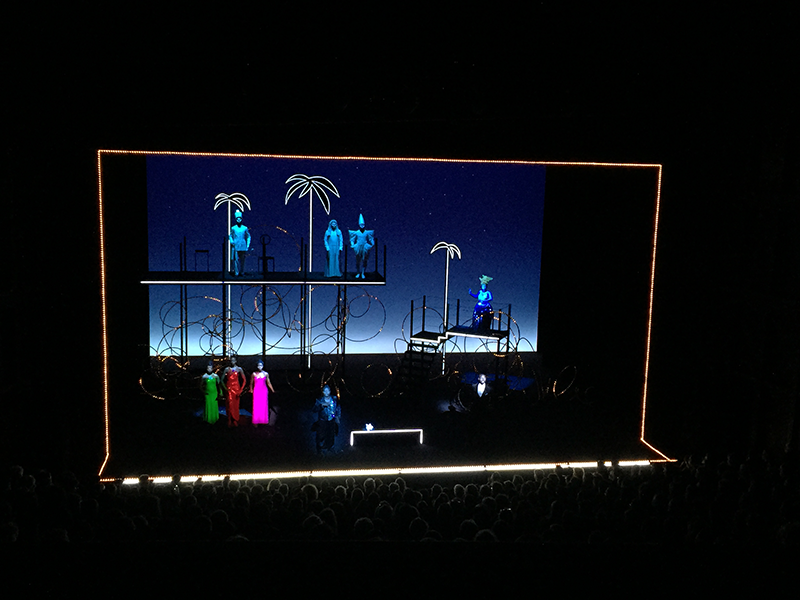 THEY TALK ABOUT WILY!
PreviousNext 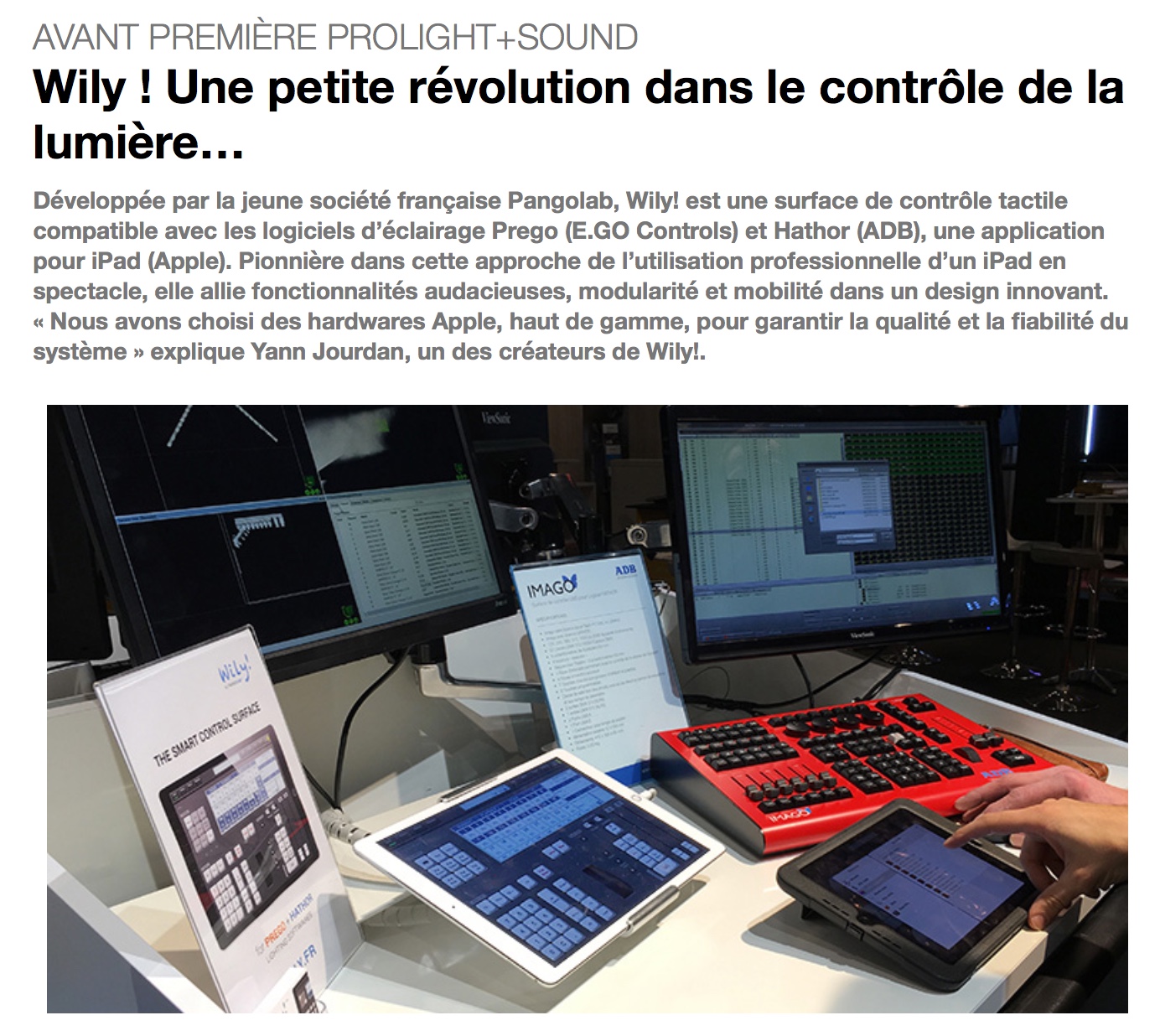 “On this show the audience is divided on three sides around the set. Wily! has helped to set up palletes from the public spaces in the gallery and under the translucent parts of the shelf where are housed some moving lights (LEDs). Wily! served to electricians in order to be autonomous on the settings of the conventionals while I was busy with other things on the Imago (ADB). During the rehearsals, the lighting designer Christophe Lemaire played the show with Wily!, this left me free of all actions on the Imago. At the preview show, I was able to settle in the public and follow the cue list with Wily! to take my notes.“ 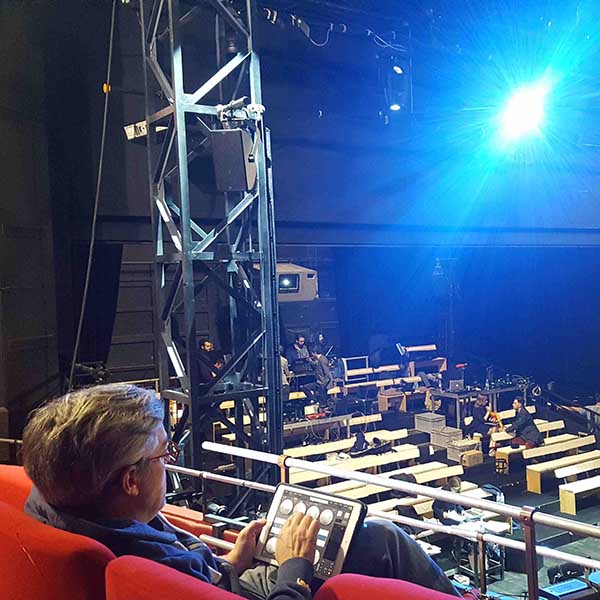 “A View from the bridge” scenography is very refined (Jan Versweyveld). It is based on a tri-frontal bleachers that surrounds a moving aesthetic monolithic box to the disturbing lightness. The light evolves over long changes in color temperatures. The uniformity of the washes is a key point of its construction and the focusing needs a particular care. On tour, Wily! allows us to control Prego remotely, making focusing and moving lights palette recording much more easy. During the rehearsals, it is possible to modify cues from anywhere in the bleachers to refine the cuelist.“ 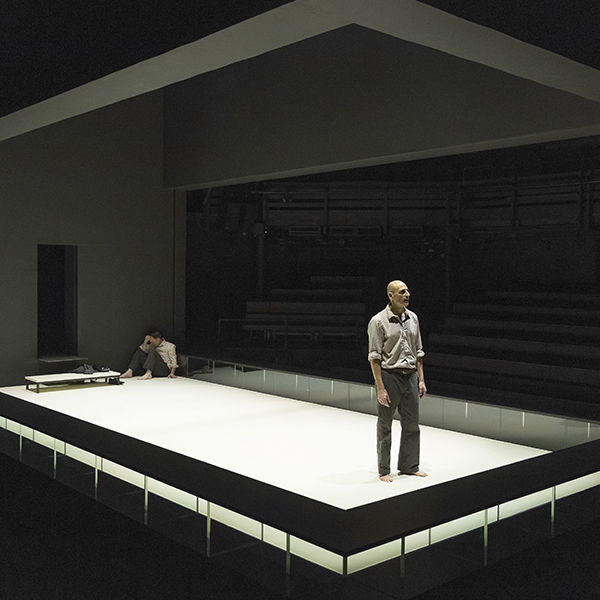 “We used Wily! on this creation as well as on the youth festival at Studio Theater of Stains. This complete wireless lighting console, allowed to carry out all the tests and the settings of the lighting. During the creation, Lauriano de la Rossa, the lighting designer, found this application intuitive and easy to use. The control functions for moving lights from the audience, the stage or the control room were particularly appreciated. We installed Wily! on an iPad PRO 9,7′ connected thru Wi-Fi and didn’t had stall throughout the duration of the creation and the exploitation.

Congratulations to the developers of this application!“ 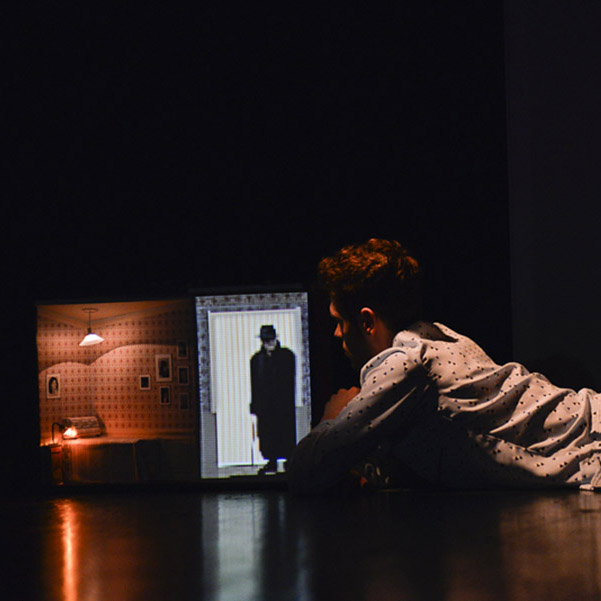 “The light board kit consists of two Prego Master / BackUp stations with two Imago boards (ADB). Wily! has been added naturally to the basic kit by integrating perfectly with the ergonomic of the Imago and the philosophy of Prego.

Naturally, we used Wily! to encode the moving lights from the stage and the balconies. Added to the master console, the ipad is a real complement of a conventional control surface. We had a large model (12.9 inches) on which the scale of the keys is 1:1. The lighting designer had a 9.7-inch iPad during cueing times. This small autonomous control surface provides a feedback on the sequence, channels or palettes. We connected our large iPad to the backup station during the show. It offers a very comfortable control surface. It is on tour where the application has demonstrated all its interest, when encoding, update palettes, checking…

Wily! integrates perfectly with existing hardware. The handling is very intuitive with possibilities of customization of the interface to allow everyone to find the keys configuration that is suitable for its use or its habits of work.“ 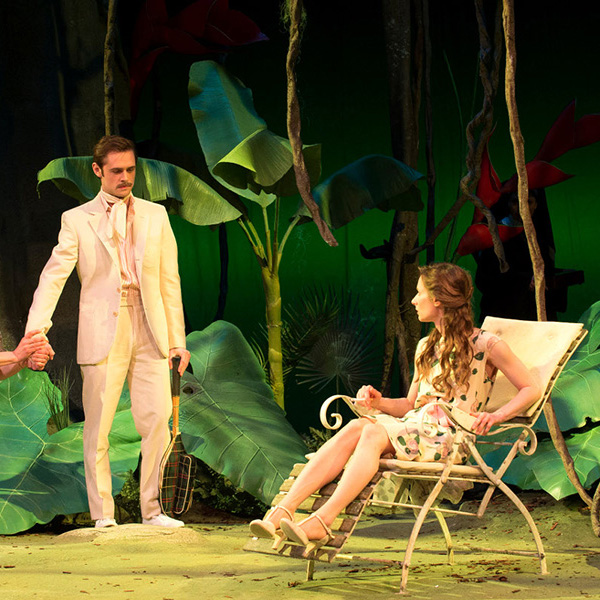 “I used Wily! on tour. We had very little time and I needed to be able to work from both sides of the set ; a traverse with string curtains used as video screens (preventing me from seeing both sides at the same time). Thanks to Wily! I was able to walk from a side to another to get the corrections from the lighting designer and run the cues while the rehearsal was taking place. I was also able to manage the focus time on both sides with the electricians, and to work on the palettes between the curtains also, having a complete freedom of movement. I really enjoyed the versatility of Wily!, it’s lightness compared to an usual lighting desk, and to have all options concerning the movers right in my hand. Plus, I used the IPad with Wily! as my backup desk in console mode. It was such a gain in terms of efficacy, time, precision, handiness and quality communication with the lighting designer.“

“On this production, the space was composed of 3 independent rooms built within the Ateliers Berthier, a former warehouse of the Paris Opera, now operated by the Théâtre de l’Odéon.
Wily! was an essential ally to move between the 3 rooms and at the same time be able to encode the lights outside the rooms. We could, with the lighting designer, move around freely. We were 2 light managers with each one an independent Wily! allowing us to work simultaneously. During the performances we had 3 distinct Playbacks, one per room, performed by only one of us. Wily!’s Double Playback page is very ergonomic and easy to use. The optional “anti double GO” function allows you to prepare a finger on the GO button without triggering it and press with another finger to validate the action without looking at the screen. Wily! is very practical for stage managers looking for freedom of movement and a smooth interface” 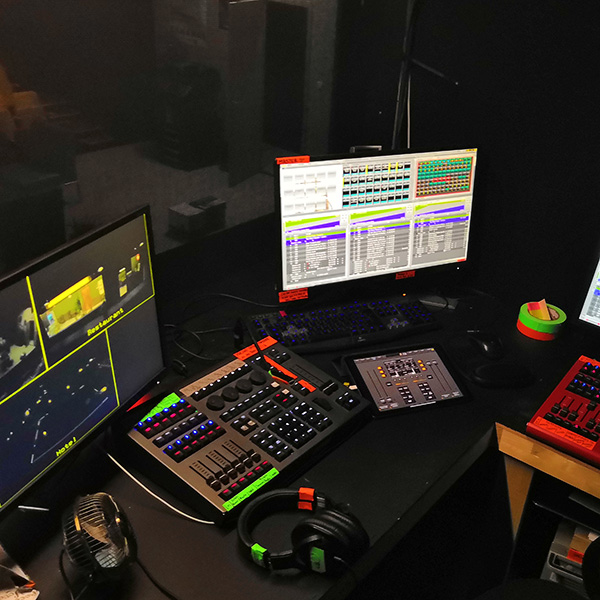 From March 2020, the marketing of Hathor software (ADB) is stopped. Hathor licenses can now be upgraded to take advantage of the brand new Prego V3 license specifications. More information is available here. All new Prego licenses include a pre-activated Wily! license and can be used on all compatible hardware (ADB, AVAB, MIDI,…).

Prego offline is offered with a free multi-user Wily! license

Prego Uno128 Free comes with a free multi-user Wily! license. This package is ideal for small companies, small venues & freelance. There are no software limitations and an active backup included, making this license the most complete and powerful free lighting control software package on the market.